National Identities and their Discontents

The joint course will use historical, literary, museological and archival approaches to examine the formation of national identity/identities in the UK, focusing on the ways that London, England, and Britain present different (often conflicting) set of markers to define who they are and what implications this holds for the location of a “national” identity. The uncertainties inherent in the on-going project of defining (or refusing) national identity/identifications reflect persistent tensions in London as a plurinational metropolis, England as the territory of an imagined historical and racial homogeneity, and Britain as a political, economic, and cultural geography shaped by centuries of colonial expansion. Covering the period from the “Glorious Revolution” (1688-89) to contemporary identity challenges generated by the 2005 London bombings, the UK riots of 2011, the 2012 London Olympics, and on-going attempts to define “us” vs. “them” that originate in the refugee crisis and incidents of terrorism in Europe, we will explore how the identity/identities of the “isles” was formed through antagonisms, exclusions and inclusions, and a persistent desire to specify what or who represents the nation.

Our focus will enable the exploration of a subject—national self-definition and identity—that continues to preoccupy scholars in a number of fields (history, politics, literature) despite the relentless drive towards globalization that presumably is producing a world without national boundaries. In particular, the inquiry this course undertakes rests on the recognition, currently central to the study of British history and cultural studies, of the seminal impact of the so-called peripheries on the making of British identity. As such, our examination also looks at the formation of what is in effect a multicultural, multiracial Britain, at odds with the much more familiar concept of “this island nation” as defined by a uniform (white, English, Protestant) identity. 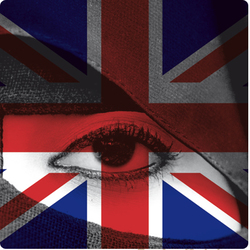 There are a few books required for the course which can either be purchased in the
U.S.and taken with you or purchased (usually second hand) in London, although book prices
are generally higher there. All articles in the syllabus are available on Blackboard, which you
can access in London.

Besides keeping up with the readings, each student will write 3 short (2-3 page) analytical
responses to a given reading or set of readings within a unit. The readings that can be used
for responses will be marked by a (*) in the syllabus. You can choose to write on any single reading marked with an * or any sets of readings that contain one reading marked by an *. In the responses you should feel free to reflect back on previous readings as well as responding to the specific readings you have chosen. At least one of these responses will be due before Spring Break; one will be in response to a “history” reading (H), one to a  “literature” (L) reading, and the third is your choice. [Updated March 2]

In addition each student, as member of a group of other students (some smaller, some larger), will help facilitate the discussion for 2 units—again one history (H) and one lit (L). As logistically possible, one of these should be before Spring Break, one after. 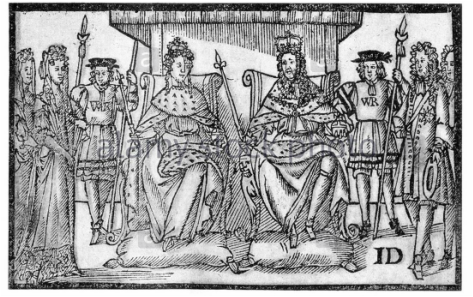 Feb. 8: Macaulay and the Invention of the Modern English Nation (Steve)

Feb. 15, 17: British Colonialism and the Mapping of an English (National) Identity 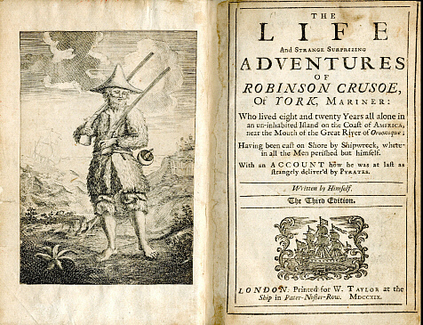 Feb. 22: Citizenship and its Others in the 18th Century (Steve)

(*) Kathleen Wilson, “Citizenship, Empire and Modernity in the
English Provinces,” in The Island Race: Englishness, Empire and
Gender in the Eighteenth Century (London and NY: Routledge,
2003): 157- 186.

(*) Olaudah Equiano, Life of Olaudah Equiano, of Gustavus Vassa, the African (Dover Thrift Editions, 1999) or Penguin Classic
edition (2003) [1790]. NOTE: Whatever your edition, look at the original title page, the image of Equiano, and read the "Dedication"
page ("To the Lords Spiritual and Temporal...).

Monday, Feb. 22: 3:00 PM - OPTIONAL visit to Kenwood House in Hampsted Heath, the home of William Murray, 1st Earl of
Mansfield where Dido Elizabeth Belle was raised by her grand-uncle in the years that he oversaw two key slavery issues.

Friday, Feb. 26: Visit to Brixton and Black Cultural Archive, 11:00 AM (directions will be given in class)

OPTIONAL: Paul Young, “Mission Impossible: Globalization and the Great Exhibition,” and   Kylie Message and Ewan Johnston,
“The World Within the City: The Great Exhibition, Race, Class and Social Reform,” in Jeffrey A. Auerbach and Peter H. Hoffenberg,
eds., Britain, the Empire, and the World at the Great Exhibition of 1851  (Ashgate Publishing Group, 2000), pp. 3-46.

Friday, March 4: Visit to East London Mosque (10:00 AM: details to be arranged); lunch (paid for) at Lahore Kabob House) 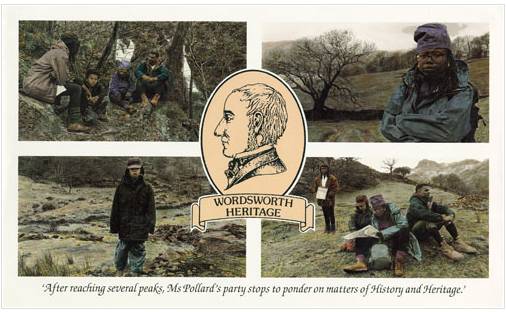 (*) Selections from Thomas DeQuincey, Confessions of an English Opium-Eater.

(*) Samuel Coleridge, Rime of the Ancient Mariner ((any edition, or various on-line versions. The Electronic Text Center at the
University of Virginia has a very nice on-line edition with illustrations from many 19th century editions of the work: (Student led)

(*) Mary Shelley, Frankenstein [any edition will do; if you want a recommendation: Frankenstein, or, The Modern Prometheus;
edited with an introduction and notes by M.K. Joseph (New York and Oxford: Oxford University Press) 1998]. NOTE: Focus on
Letters I-IV from Walton to his sister; Chapters 1, 6-8; Chapters 4-5; Chapters 11-12; Chapters 13-15; and Chapters 18-20 [this will
also be your group break-out group work).

SPRING BREAK: NOTE CHANGES IN SECOND HALF OF THE SEMESTER ADDED FEB. 29

March 23: No class - catch up on your paper-writing, reading. We'll be available to talk with you about your papers

April 4: England Your England:  Colonialism and Crisis/Colonialism in Crisis (Steve)

Michael Frayn, “Festival Spirit,” The Guardian, May 3, 2001 [part of a longer essay by Frayn in Michael Sissons and Philip French,
Age of Austerity (Hodder & Stoughton, 1963).

April 6, 11: Sports and Spectacle in the New Century 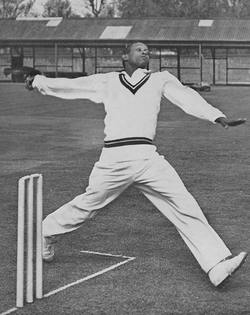 NOTE: Readings for cricket are above under April 6.

April 18: A New Kind of English[ness]: Kureishi's The Buddha of Suburbia 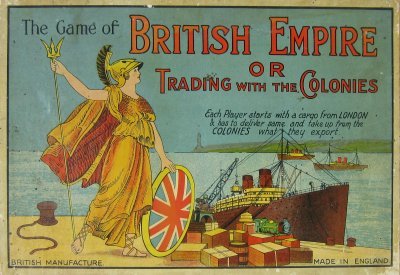 ;
April 25: Multicultural Imaginings? The Turn of the 21st Century

(*) Shanti Sumartojo, “Britishness in Trafalgar Square: Urban Place and the Construction of National Identity,” Studies in Ethnicity
and Nationalism 9:3 (2009): 410-428.

(*) Jon Burnett, Institute of Race Relations (London), Entitlement and Belonging: Social Restructuring and Multicultural Britain: An
IRR discussion paper on the Housing and Planning Bill 2015 and the Immigration Bill 2015 (n.d.).
Notes:
* "BAME Communities": "British, Asian, and Minority Ethnic";
* "English votes for English laws," applied for the first time with the two bills here, allows England MPs to veto measures thought
to concern England only. More here;
* "Secure tenancies": Secure tenant in "housing associations" (public housing) have the right to live in their homes as long as they
don't break the rules of rental agreements. The housing association can only evict them as a last resort;
* "Pay to stay": Tenants in what we would called "rent-controlled" housing (in the UK, "social" housing) will find their rents increased
to market levels if their incomes are over a certain level;
* EEA (European Economic Area);
* Local authorities: Basically, the local governments that can collect council and business taxes. There are 326 of these in
England, including 32 London borough councils and the City of London Corporation. More here;
* "Council housing" is (social) housing built by a local municipality and rented out under specific conditions;
* "Bedroom tax" - tenant will receive less in housing benefit if they live in a housing association or council property that is deemed
to have one or more spare bedrooms;
* SUS laws: Dating from 1824, basically allowing authorities to stop, search, and possibly arrest individuals based on suspicion
alone. These are basically the same as US "stop and search" laws based only on "suspicion";
* "Fast-track evictions" - allows landlords to evict tenants without going to court if they are 8 weeks behind in rent.
* "Sink estates" - British council housing estate characterized by high levels of economic and social deprivation; sometimes
high crime areas. 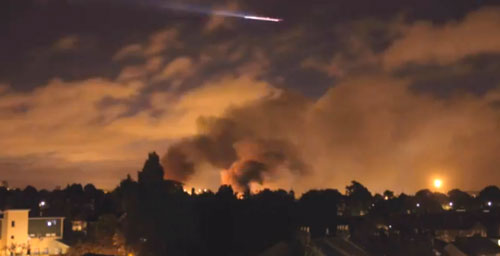